The Niobe tantalum-lithium project lies 70 kilometres north-west of Mount Magnet in the Murchison province of Western Australia (“Niobe”). The project is a tantalum-lithium exploration project based on a pegmatite dyke swarm hosted by a metagabbro sill. High-grade tantalum ore has been mined in the past from a small open pit and there are shallow high-grade drill intersections that have not yet been mined. This mineralisation is open at depth. Anomalous lithium values were detected in the 1980s, but the lithium potential of the area has been largely ignored since then. The project area lies within the Archean Dalgaranga Greenstone Belt.

The Niobe licence area contains numerous pegmatite dykes, some of which contain shallow, high-grade tantalum mineralisation. High-grade tantalum ore immediately outside the historical open pit remains open and untested by deep drilling. There are also local areas of significant lithium enrichment. A swarm of pegmatite dykes occurs in the upper part of the gabbro sill in a zone about 700 metres wide. One of these pegmatites was mined for beryl by prospectors in the 1960s then was later the site of a small, very high grade, opencut tantalum mine. 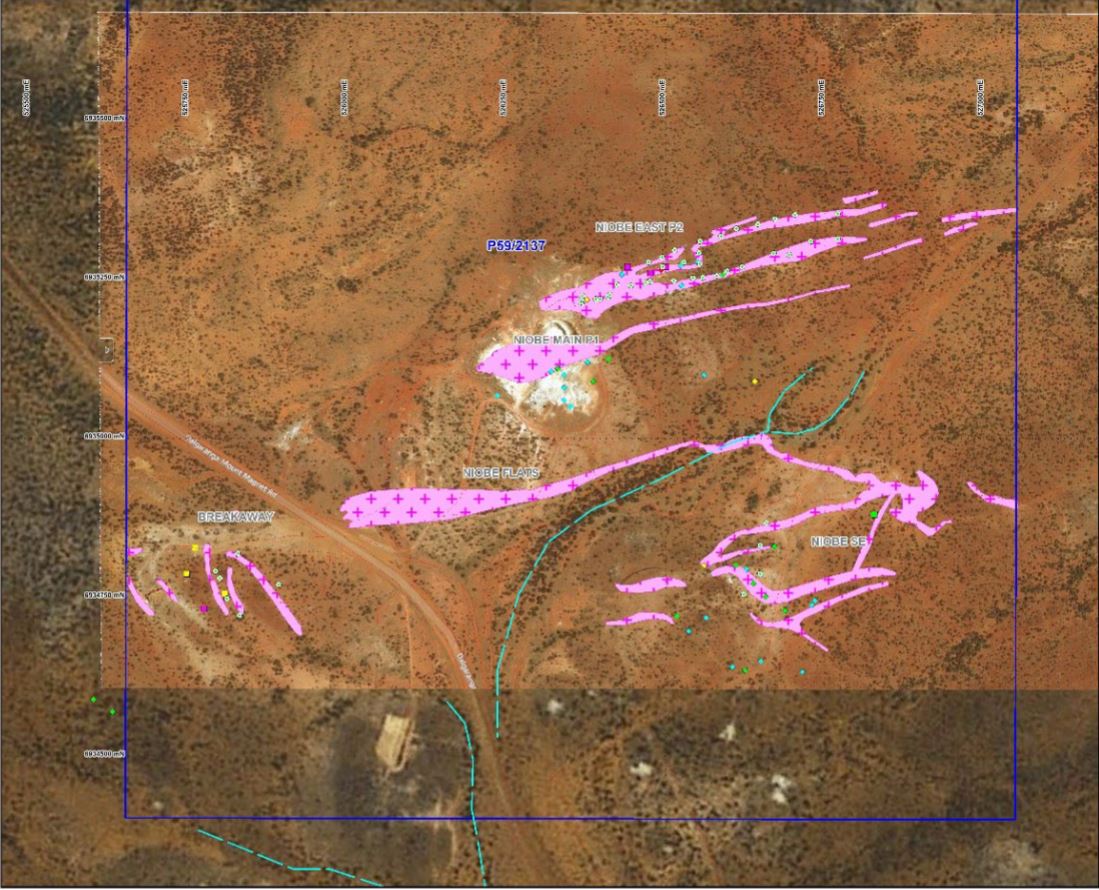